Agnieszka is in a coma. She fell into it as a result of a car accident. She is 24 years old... get to know her story.

We were supported by 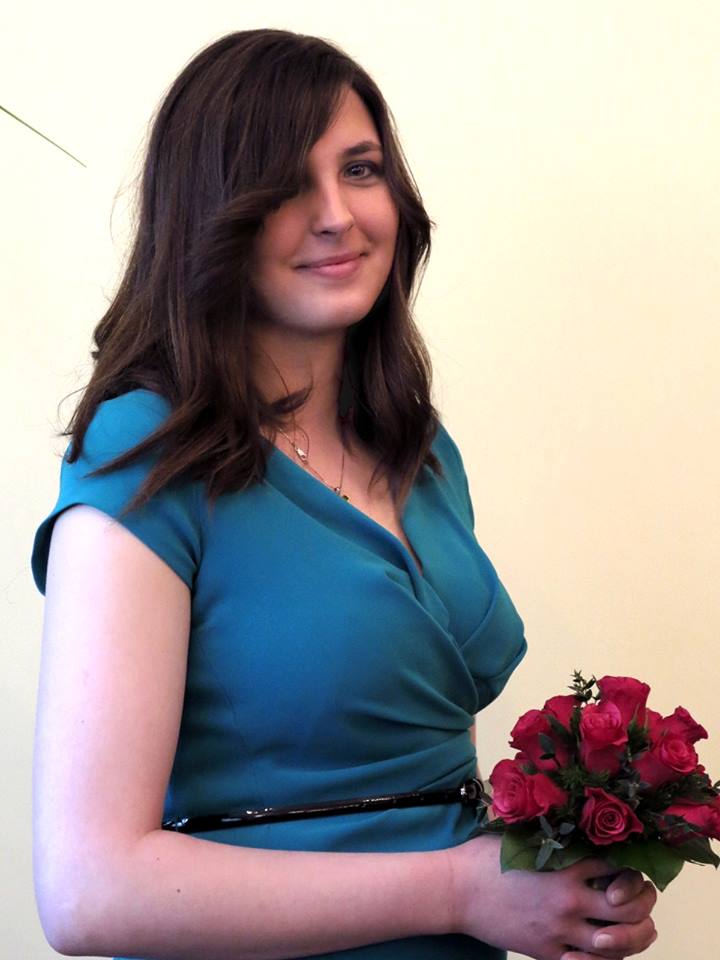 Just 12 months ago my sister Agnieszka was a strong and full of life girl, with enthusiasm bringing to life her goals. When, after three years of studying in London she informed us that she’s coming back home, we were very happy. Now, however, I think it would have been better if she had not returned to Poland ... December 12th 2014, Friday, that day the fate mocked her dreams and plans, and our world was immersed in overwhelming grief.

AGA FROM BEFORE THE ACCIDENT

She was a true volcano of energy…

Before the accident, my younger sister Agnieszka Holka was an incredibly cheerful, sporty and beautiful, exceptional girl, full of dreams and with many talents. She spent nights and nights writing novels, dreaming that one day she is going to be discovered. She sang and played the guitar. Every week she met with a group of friends to play volleyball. She loved cycling and swimming. After graduating from high school she studied Veterinary for one semester in Lublin. After passing all of her exams she took a dean’s leave because Veterinary Medicine was not giving her the feeling of 100% satisfaction, and it was extremely important to her. 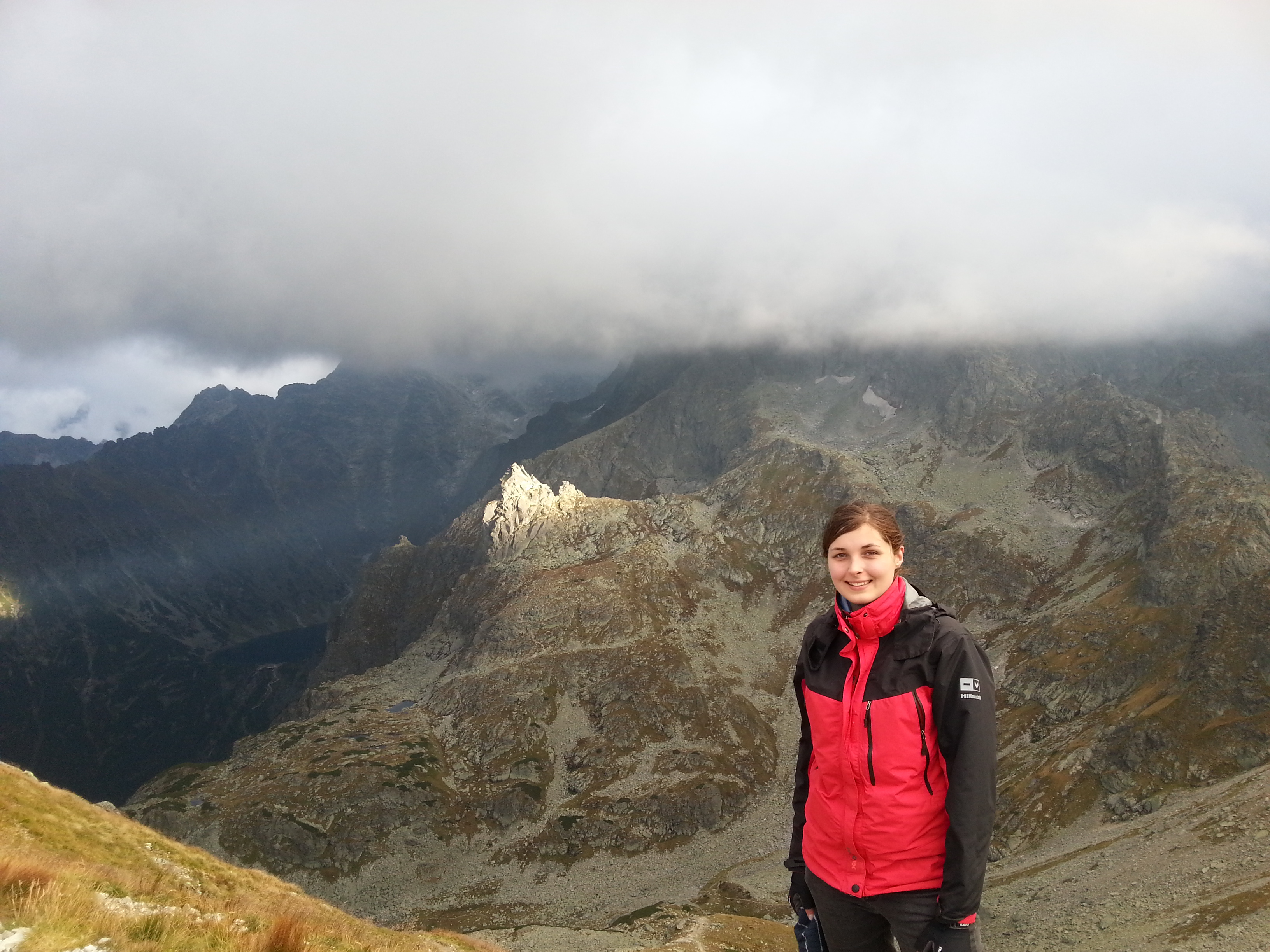 For so long we were missing her and waiting for her to return home ...

She was never afraid of challenges, which is why she went to London – beforehand she applied for studies: Media, PR and Advertising at Middlesex University of London. As an 18-year-old she took a loan to pay for her studies on her own, and took up a job in London. She was able to reconcile studies with professional duties, while simultaneously finishing touch typing, and Office use computer courses. With such a heavy load she still was capable of gathering a faithful circle of friends, who to this day, inquire about Aga’s state, and support us in many initiatives. She has spent almost four years away from home.

Once she got back home, we got to enjoy her presence for only 6 months

After returning to Poland (she cycled from London to Berlin completely on her own!), she had many different plans. She took up a regular job, while at the same time working out with her friend a business strategy for their own company. Besides that, like any girl her age, she dreamed of having a family. But before that she wanted to go to New Zealand, that country fascinated her. She was on the verge of starting the great journey that life is. Instead, the worst day of her life happened… 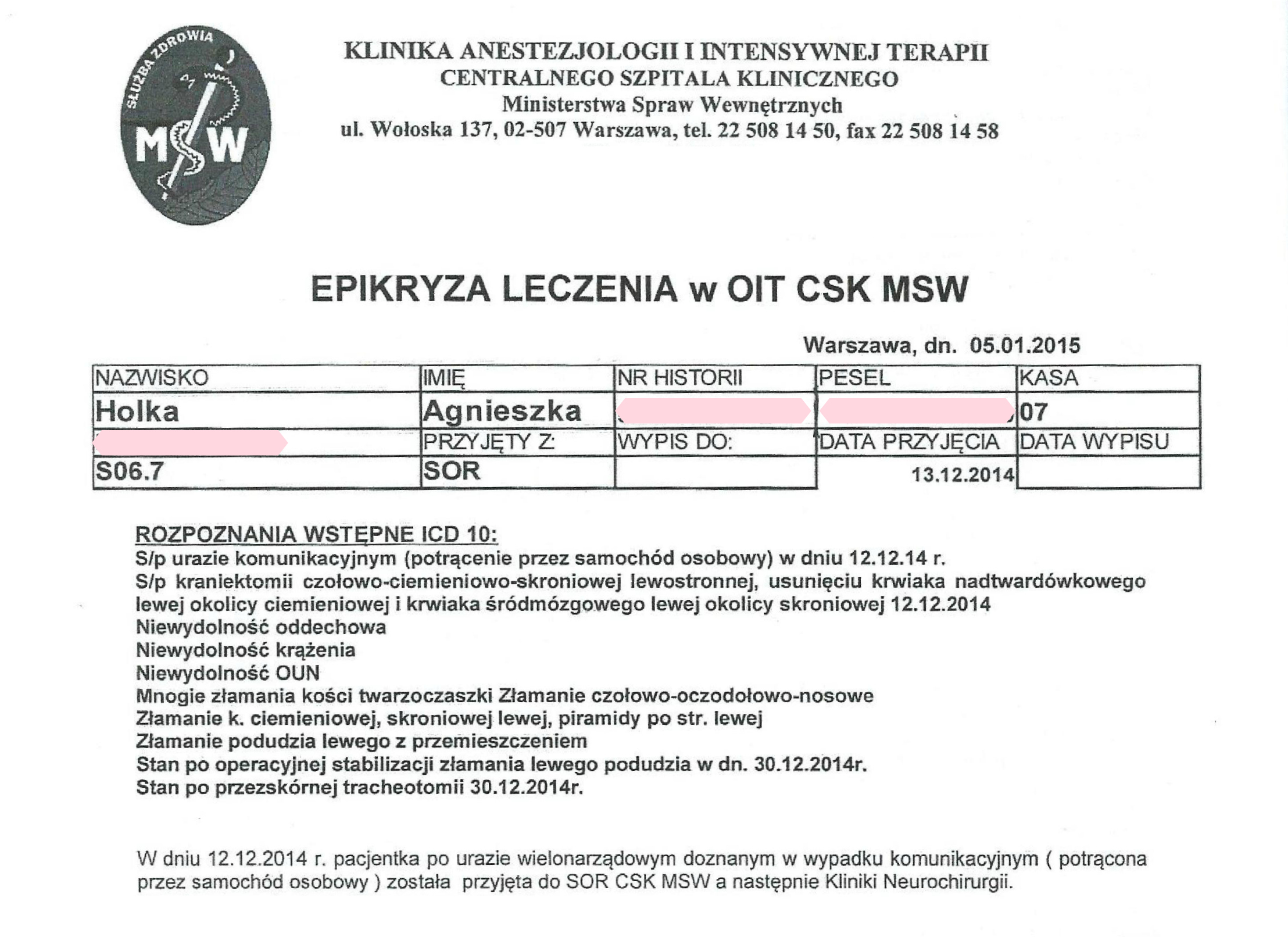 Like every day Agnieszka was leaving work. A moment later, on a pedestrian crossing, a speeding car hit her from the side. The impact force crushed Agnieszka’s femur, scattered broken facial bones. But the worst was yet to come... Agnieszka lost consciousness and fell into a coma. Ambulance. Hospital. Operating block. Respirator. Stacks of equipment cables, which to this day I can’t properly name. Swelling of the brain was growing with every moment, doctors were struggling with many hematomas emerging in the brain. Vital signs were falling ... a decision was made: a craniectomy, a surgery to remove part of the skull to be able to access the brain, had to be immediately performed. Agnieszka lost contact with the world. For many months still, mired in a coma body, was struggling with all the possible bacteria and didn’t have the strength to defend itself, it didn’t take the fight… The doctors, all the staff and family kept on fighting, though. Friends mobilized themselves. Everyone helped as they could and knew how to ...

AGA AFTER THE ACCIDENT

Several months have passed since the accident. Because on the day of the accident Agnieszka was over 18 years of age (23), she didn’t have the chance to get specialized help at the ‘Alarm Clock’ clinic. She was meeting all the criteria except for her age ... Disappointment, bitterness and grief caused us almost physical pain. Aga spent weeks in hospitals, and because POLAND DOESN’T HAVE A CENTRE WHICH DEALS WITH WAKING UP ADULTS, at the beginning of February 2016, my sister returned to her family home. Since then, the overall responsibility for her life and health rests on us, her immediate family. 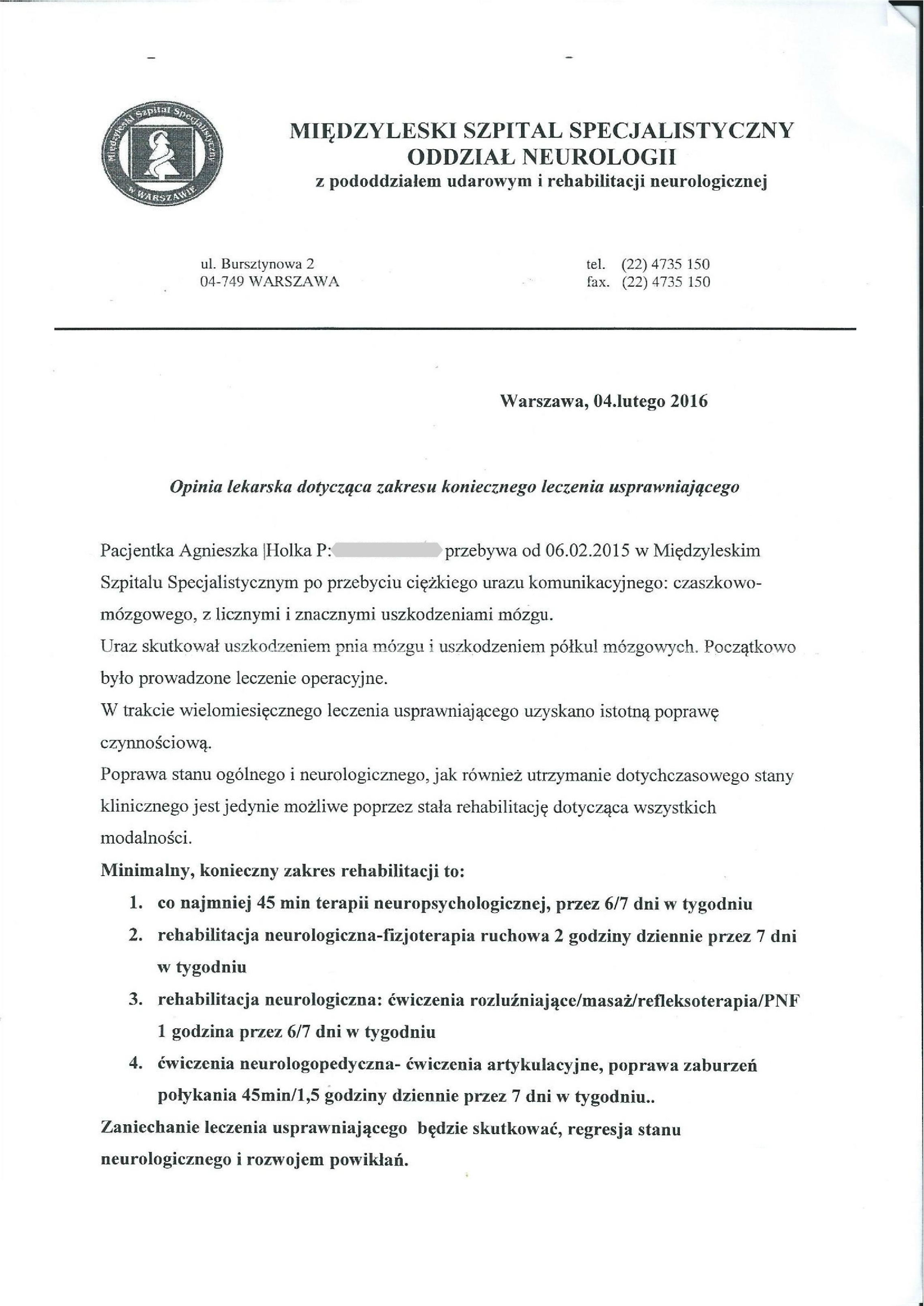 Thanks to my parents’ determination, as well as good test results that we owe to the ongoing intensive rehabilitation, Agnieszka has qualified for the FIRST IN POLAND OPERATIONS OF IMPLANTATION OF SPINAL CORD STIMULATORS. The operation took place on 17.05.2016 in Olsztyn. It was performed by a world-class neurosurgeon from Japan - prof. Isao Morita, who thanks to this innovative method, has managed to awake from coma several hundred people. So far, only 4 people in Poland were given that chance. Among them, our Aga. Until now, those kind of surgeries were only performed in Japan. The treatment ameliorates patients’ state in about 60 % of cases (!!!) The surgery consisted of opening of the spinal canal, and implanting an electrode above the spinal dura mater. To this electrode an electric current flows from a stimulator that has been placed on the torso. Every 15 minutes the stimulator sends a "portion of the current" to the brain, which previously lacked it. In this way, previous deficits of impulses are being replenished, which translates to better functioning of the brain and improvement of patients' health. Brain stimulation is supposed to consequently lead to contact between the surroundings and people that have so far been in a minimal consciousness state.

Why do we need help in our fight for Agnieszka

We love her very much and we miss being able to communicate with her, we miss her positive energy, enthusiasm, optimism ... that’s why we will do everything in our power for her to come back to us. Now, a direct threat to life has passed, but Aga is stuck behind a thick milky glass, separating her from the world. Additional motivation to fight, to overcome this barrier, are giving us opinions of doctors and therapists who claim that Agnieszka has great neurological potential. This means that with hard (read: very hard, almost titanic, and unfortunately expensive) work and commitment of many people, she has a chance to improve her current state!! Rehabilitation, in a minimal necessary extent, takes about 4 hours a day. Abandonment of rehabilitation treatment will result in regression of the neurological status and development of complications, that’s why the continuity of rehabilitation is so important. That’s why, YOUR help is so important.

How can you help Agnieszka?

Thank you for your commitment. Together we have a great power!

You can also support us by spreading the action among your friends, in your neighborhoodyou’re your workplace, wherever comes to your mind that you can find a good soul.